The boys now were forced to walk and crawl mostly single file through the tunnels. They mushed to a T-junction intersection about two thousand yards into the cave. Turning right leads north and slightly uphill to a cave extension called the Monk’s Series…

A few thousand feet up from that right-hand turn toward the Monk’s Series is a little stream that drains down into this extension, slaloming between bamboo stands and fishtail palms. While the exact draining point is a mystery, the amount of water it feeds into that narrow channel is not. When it flows, picking up momentum as it heads downhill toward the T-junction, it has the volume of a decent-size river. 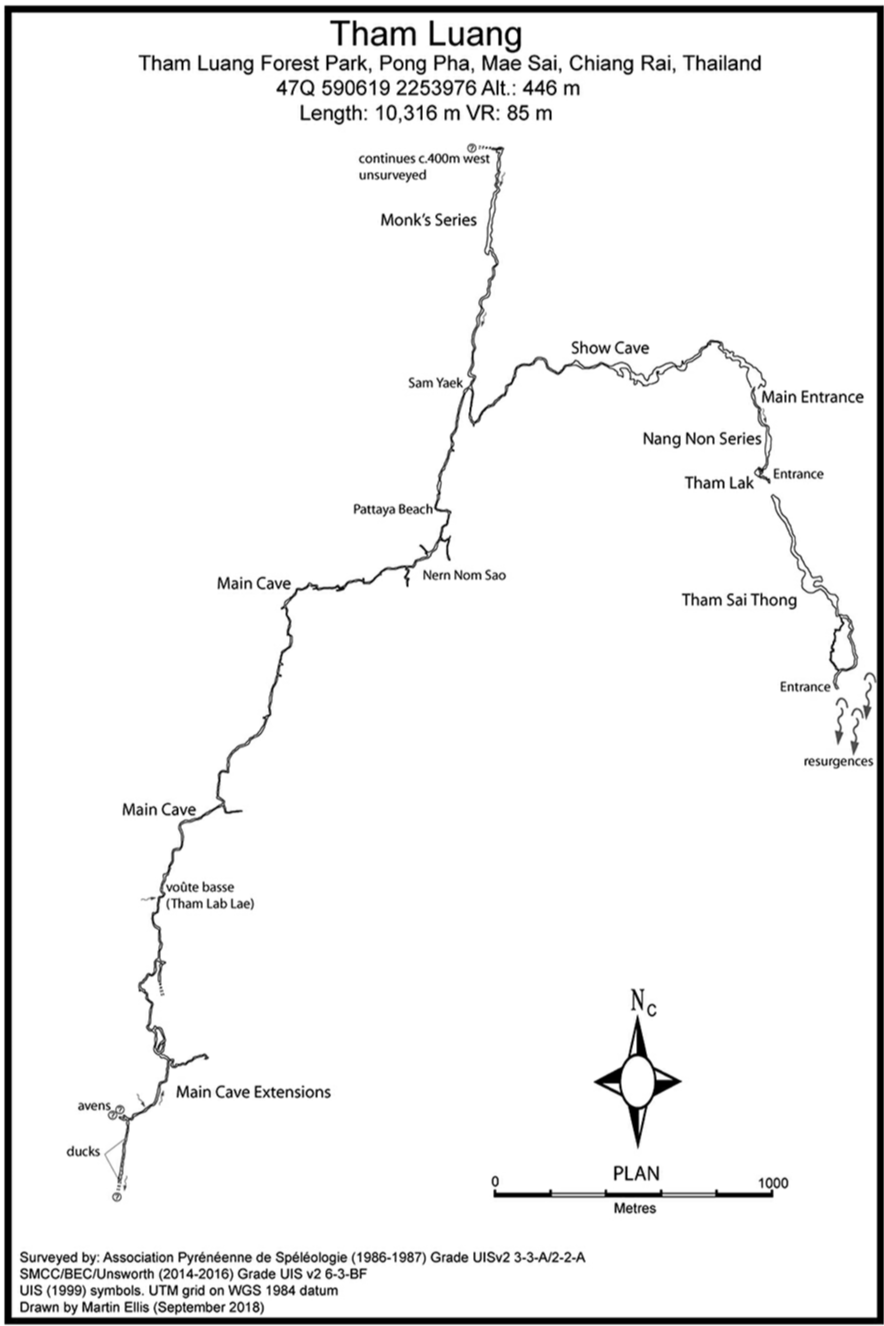 But the boys and their coach couldn’t have known that, nor could they have known that outside the cave the rain had started. And they certainly were not aware that since this year had already produced a foot of water more than usual, the mountain wasn’t as thirsty as it normally would be at that time of year. The mountain’s soil would no longer act as a giant dry sponge; instead, it would now repel water, which began pulsing through the hidden cracks in the mountain, pulled by gravity to the lowest possible place. Places like the T-junction.

Coach Ek checked his watch—there was no more time for exploring today; it was time to turn back. The boys were jubilant; for most this was the kind of adventure they had hoped for.

But as they marched back home toward the cave’s entrance, just a short distance before the T-junction they encountered another body of water. They heard it rushing before they saw it. “Coach, we found water!” yelled one of the players. “Are we lost?” shouted another.

— “The Boys in the Cave: Deep Inside the Impossible Rescue in Thailand” by Matt Gutman

In fact, the Thai boy’s soccer team and their coach were not lost, but they were trapped deep inside a cave surrounded by flooded passages. A multi-national effort ensued which culminated in a daring rescue attempt planned and led by civilian cave divers, one of whom was also an anesthesiologist, Dr. Richard Harris.

The boys were trapped nearly 4 miles inside the cave with only one way out. They would have to dive nearly three hours underwater in some of the worst diving conditions in the world–conditions that only a few people in the world could successfully navigate.

Expert cave divers knew that the boys would panic and hyperventilate as soon as they were submerged. They would run out of air, get lost, or dislodge diving equipment. To get the boys out safely, Dr. Harris was called upon to do something that had never been done before——anesthetize the boys in order to safely dive them out of the cave. If he sedated them too much, they might die of asphyxiation; too little and they would hyperventilate, panic, and potentially drown their guide as well as themselves.

The documentary "The Rescue," produced by National Geographic chronicles the 2018 rescue of the Thai Boy’s soccer team in brilliant fashion. Despite that I already knew the outcome, I was on edge for the duration of the program. Some fascinating details of the rescue were not well publicized contemporaneously (or else I missed them). For instance, other rescue methods were attempted. These included efforts to pump the cave dry and drill through the mountain from above.

The boys, who possessed thin athletic bodies at the start of the ordeal, still survived with no food and little water for nearly two weeks. They were trapped in a tiny pitch black oxygen-poor chamber with no reasonable hope of rescue. Their coach used mantras, breathing techniques, and positive thinking to help the group stay calm and resilient under these conditions. This stress is far beyond what most of us can imagine, and so it serves as a demonstration of what we can aspire to in terms of psychological resilience.

This is one of the most thrilling and interesting documentaries I’ve ever seen. If you’re going to spend some time in front of the television, I think this is time well spent.