There are several different companies now offering Multi-Cancer Early Detection Tests. The test I am writing about today is the Galleri test by GRAIL.

This test works by analyzing blood samples with machine learning algorithms in order to identify methylation patterns on cell-free DNA. In essence, the test is looking for signals in the blood stream to determine whether or not a person has cancer.

The test generates one of two possible results: "Cancer Signal Detected," or "Cancer Signal Not Detected." In the event that a signal is detected, the test reports a cancer signal origin (CSO)—the most likely location(s) of the primary malignancy.

It’s easy to imagine the potential value of a blood test that can detect cancer. The dream is that you take this screening test periodically as part of your preventive care. In a perfect world, a negative result guarantees you don’t have cancer; a positive result leads directly to an early diagnosis and a good prognosis. It’s a great vision.

The Galleri test doesn’t yet live up to this dream, but it’s good enough to consider using in my practice. Before doing so, it’s important to understand where the test shines and where its pitfalls lie. Only then is it possible to use the test in a safe and effective manner.

I’m going to start with my biggest concern. In GRAIL’s validation study, out of 2,823 patients who had a known diagnosis of cancer, a cancer signal was detected in only 1,453 of the blood samples; just over half. In other words, nearly half of the people in the trial who had known cancer received a test that said a cancer signal was not detected. Had those been real patients taking this test for screening purposes, this test may have failed to detect cancer in a significant percentage of patients. Even though GRAIL makes it clear that this is a screening test, not a diagnostic test, patients who receive a “cancer signal not detected” result might falsely believe that they don’t have cancer, when in fact, they do.

These numbers only get worse for patients with early cancer (stage I or II). The aggregate test sensitivity for all stage I cancers is estimated to be 16.8% and for stage II it’s 40.4%. The test works by detecting cell-free DNA shed into the blood stream by tumor cells. So, the larger and more vascularized the tumor (higher stage), the greater the chances a signal might be detected. The test’s sensitivity improves significantly for stage III cancers where it’s 77% and 90.1% for stage IV cancers.

Sensitivity also varies by cancer type. For instance, for patients with lung, cervical, colorectal, ovarian, pancreatic, esophageal, or liver cancer, sensitivities might be as high as 80-94%.

In some ways, the test performs remarkably well. Only six patients out of the 1459 patients who tested positive did not have cancer. This is a false-positive rate of just 0.4%. In other words, only 1 out of 250 patients would receive a test that detects a cancer signal where no cancer exists. This is important, because positive tests are very stressful. False-positive tests will lead to further evaluation only to find no cancer. This process would undoubtedly be extremely stressful and unsettling for both the patient and the physician. So, it’s reassuring that this test has a very low false-positive rate.

It’s worth noting that all of these test performance characteristics are based on a test population which had a 50% incidence of cancer (versus roughly 1% in a real-world population). In reality, this test would likely have more false-negatives, but even fewer false-positives than it did in the validation study. Peter Attia’s article on GRAIL’s Galleri test discusses this issue in greater detail.

Proof of the test’s real-world performance characteristics can be seen in the follow-up clinical trial, named PATHFINDER. This clinical trial’s patient population was composed of adults age 50 or older with no known cancers.

An interim analysis of PATHFINDERS’s results revealed the following in a group with risk factors for cancer: 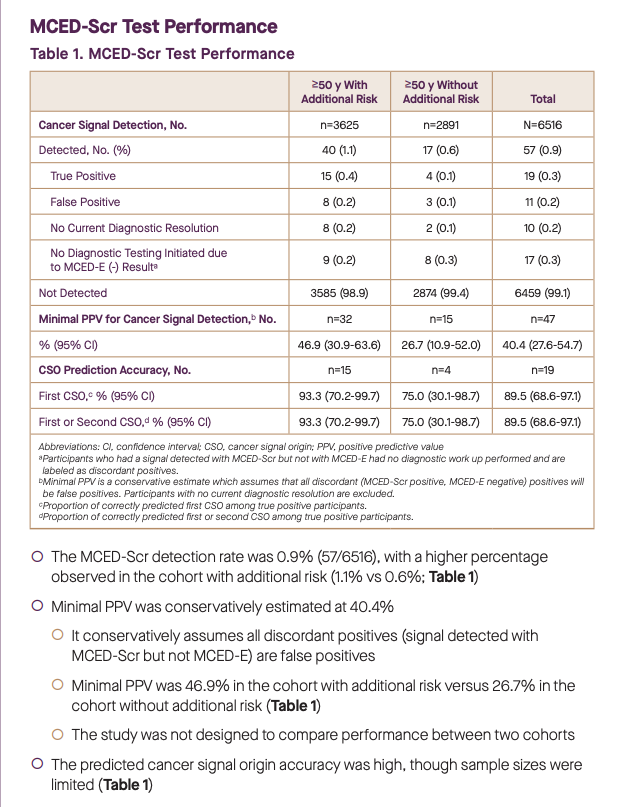 The test appears to perform as predicted by the validation study. It’s worth noting that the true sensitivity of the test can’t be calculated in this real-world population because there is often no way to diagnose as-of-yet undiagnosed patients. This brings me to my next point.

While this test is imperfect at detecting cancer, its imperfections become much less troubling when you consider that in many cases, there is no alternative.

Many Cancers Have No Screening Test or Recommendations

Most cancers have no screening test. When you aggregate the morbidity and mortality from all of these less common but also “un-screenable” cancers, roughly 50% of new cases and deaths come from cancers for which there is little or no screening. 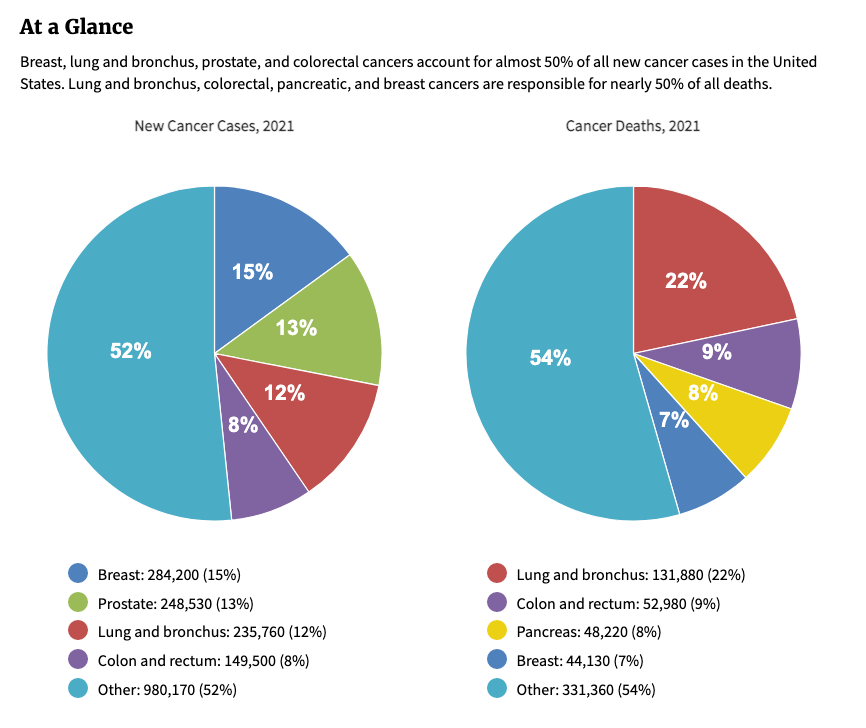 The cancers we most commonly screen for include colorectal, breast, and cervical. There is some screening for skin, prostate, testicular, lung, and ovarian in select populations and by physician discretion. The rest of the cancers don’t have screening tests, and to the extent that they do, you’re unlikely to have them covered by insurance or to be able to convince your doctor to order them.

For instance, there are no recommendations to screen for lung cancer in non-smokers even though up to twenty-percent of lung cancers occur in non-smokers, and low-dose CT likely has up to 80% sensitivity to detect the disease. 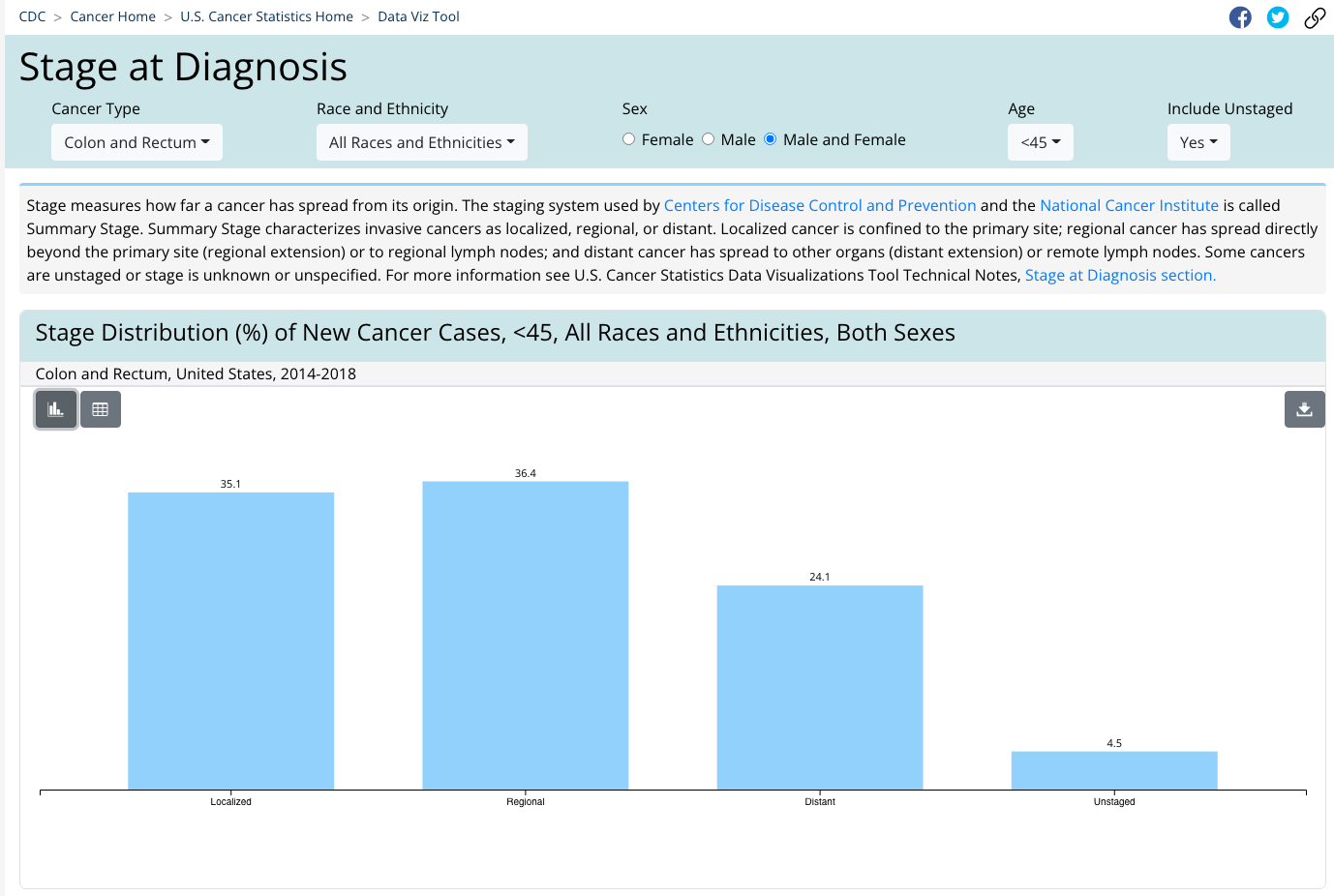 Despite these morbid statistics, guidelines recommend that screening begin at age 45 in most circumstances. Therefore, someone wanting to be screened for colon cancer under age 45 would typically have to pay out of pocket for a colonoscopy or Cologuard stool DNA testing. Colonoscopies cost thousands and Cologuard costs many hundreds of dollars.

The bottom line is that current cancer screening leaves a lot to be desired, and a test like GRAIL’s Galleri is one possible way to fill in some of these gaps.

In light of the fact that GRAIL is capable of detecting many cancers for which routine screening doesn’t exist at all, a high false-negative rate is more acceptable.

Should You Get the Test?

On the balance, I think this test has a lot of potential value as long as the physician and patient understand the limitations of the test and are prepared to deal with the consequences of the results.